In Google Ads, an ad group is a group of ads that share a common keyword or campaign. There are different ad groups, including broad match and phrase match.

This article will discuss the basics of creating an ad group and how it can benefit your business.

Ad groups are the main building blocks of your Google Ads account. An ad group is used to organize your ads and keywords into logical groups.

When you create an ad group, it defines specific targeting for each one—allowing you to target only users who search for the same thing as another user in that group or who have visited a website that matches keywords in another group.

For example: If I want to advertise my company’s products on Google, but don’t have enough budget from other sources (like a corporate sponsor), then I could use this feature of Google Ads to create campaigns with multiple Ad Groups all related by location or product category (for instance: men’s watches)

Components of an Ad Group

An Ad Group is the unit of ad inventory you can use to run your ads. It contains one or more ads and is shown to users based on your chosen keywords.

An ad group has a destination URL, which tells users where they’re going when they click an Ad Group link (or “callout”).

The destination URL can also be used as a landing page for conversions by using [example_landing_page_url] (https://landingpageurl.com). If this isn’t enough information for you, it’s because there’s more!

The most important part of an ad group is its bid adjustment—the amount by which it exceeds or falls short of other campaigns’ bids for yours to win over them.

Importance of Creating an Ad Groups

Ad Groups are containers for your ads, keywords, site links, and placements. They’re used to organize similar content so that it’s easier for you to manage later on.

For example: If you have an ad group with multiple ads and keywords related to dogs (like “dog” or “puppy“), then when someone searches for “dog,” only those keywords will appear in their search results as long as they’re relevant to dogs—not anything else!

The more granular you can be with your ad groups, the better. You want to ensure that all of your ads are as relevant as possible so that they’re showing up for only the keywords you want.

The Importance of an Ad group arises only when a person sets Multiple Ads of the same keyword or type. Ad group plays a vital role in creating a level of Abstraction and helps distinguish between Multiple ads.

The purpose of an ad group is to group keywords, ads, and negative keywords that work together as a unit.

Those two words should be combined into one ad group named “Nursing Homes Phoenix AZ” so that they can be targeted with one campaign instead of two separate campaigns (one for each).

You can add more than just these three elements; however, there are no limits as long as everything falls within Google’s guidelines on CPCs/CPMs, etc.

Keep These Points in Mind

Keywords to include in an ad group

Here are the most important things to keep in mind when choosing your keywords:

Ad groups are a great way to structure your campaigns, but some best practices should be followed.

How to Create Ad Groups in Google Ads

To create an ad group, click on the name of your campaign under the Campaigns tab. Then, click on “Ad Groups” in the menu bar at the top of your screen. Next, click on “Create New Ad Group.” Fill out all of these fields and then save your changes by clicking “Save & Next“:-

This article discussed the Importance of ad groups in Google AdWords and how to create them. We also looked at some best practices for creating ad groups that work. Before you start creating your ads, it’s essential to understand what makes an influential ad group.

First off is that they need to be keyword-rich; secondly, they should be organized by topic area (such as “Health” or “Home Improvement“), audience segment (like “Women 35-54“), or geographic location (like “Houston, TX“).

Finally, things like how often each keyword appears on pages one versus ten. What about paid search keywords? This kind of analysis helps ensure maximum impact with minimum effort! 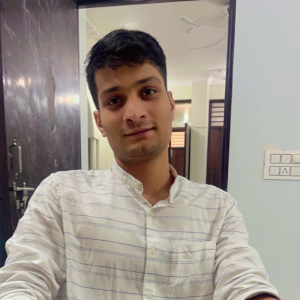 Lorem Ipsum is simply dummied text of the printing and typesetting industry. Lorem Ipsum has been the industry's standard dummy text ever since the 1500s when an unknown printer took a galley of type and scrambled it to make a type specimen book. It has survived not only five centuries.

Lorem Ipsum is simply dummied text of the printing and typesetting industry. Lorem Ipsum has been the industry's standard dummy text ever since the 1500s when an unknown printer took a galley of type and scrambled it to make a type specimen book. It has survived not only five centuries.